The Complete History of BSHB – Part 2

I'm glad you want to learn more about the band and our history.

This is my way of telling the story, in an interview format and the second in this series of posts.

If, by the time you're reading this, there's more where this came from - feel free to read the rest of the story in our BSHBlog.

I hope you'll enjoy the read and find out some interesting facts and stories you probably didn't know about us. 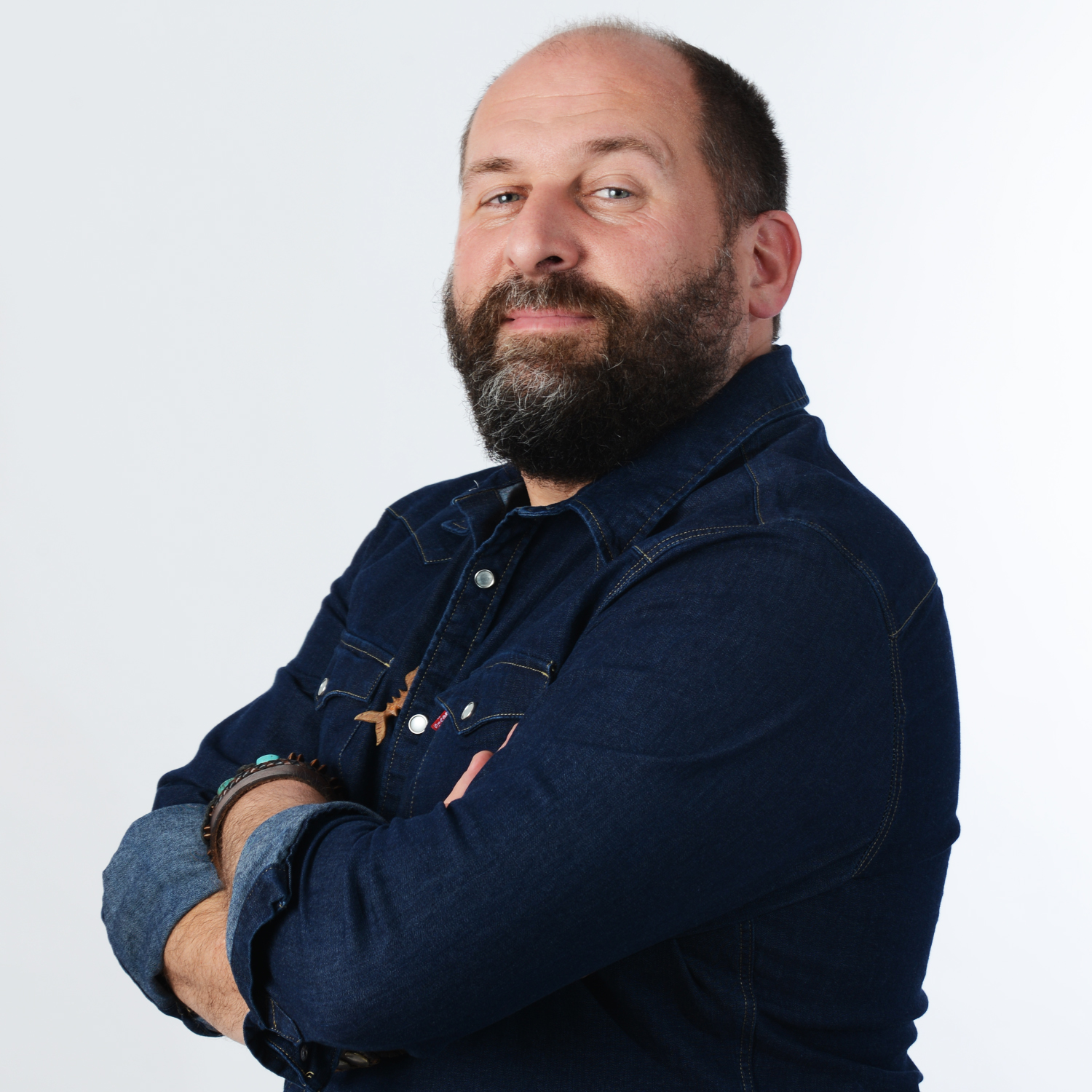 The Name, and The People

The first complete line-up of the band consisted of 4 members: Andrej God and Željko Batinić Žac on guitars, Frenky on bass, and me on the drums. We knew the basics and simply started playing but we were missing the vocals. Žac knew a really great guy from his neighborhood who sings amazingly and actually sang in the National Theatre Choir, so Tomislav Cavor joined the band. It was great, but I was missing the sound of a piano, a Hammond, and backing vocals which came along soon after.

A lot of people came through this band and it would take a whole new article just to introduce all of them. I would really like to do that so you can expect to read about them in the future. Every single one of them left their mark with the notes they played or sang, their enthusiasm, leaving their heart on the stage and pushing the band forward to what it is today. They came in and moved on, each in their own time and in their own way, but most of them are still somewhere near the band because… once you’ve been part of The SHB family you can never really leave.

Exactly who came up with the band’s name is still debatable but I think it was Frenky. Since we wanted to be the best cover band around, thus playing the existing non-original music, the name came naturally. I insisted on the word “band” because all of my music role models, these great southern rock bands like The Allman Brothers Band, The Marshall Tucker Band, Lynyrd Skynyrd Band, all had that word in their names. And that’s how The Second Hand Band was created.

Like I said, through the years band members came and went. Whether it was because life happened or their priorities changed or it led them in other directions, but they were replaced with others who wanted to give something new to SHB or had their own reasons to stay. The SHB has had its phases. We’ve been sort of Sax!’s home band for all of these years and in that period there were times when our shows were packed with people and more waiting outside in Palmotićeva street to enter. But then again, sometimes there were only 15 people standing in front of the band which was hard and I have to admit, made me sad. Those times made me think about whether we are doing something wrong. The truth is, those 15 are exactly the ones that need to be there and I deeply appreciated every single one of them because I felt they understood and enjoyed my every word and note.

There’s a difference between being the background noise in a bar, where people aren't paying attention to you while they talk and drink and hang out, and when someone willingly attends a show to listen to you play. It’s a HUGE difference. In those moments of crisis, there’s always someone leaving the band and that requires a new band member.

Once you’ve been part of The SHB family you never really leave.

The band is constantly growing and becoming more serious so it gets harder to find a suitable person who plays/sings well, has the required instruments and gear; loves, understands and has a passion for this kind of music, and is also a good person. These terms might sound impossible, but we always somehow manage to find one and the story continues.

At one moment we were playing in Sax! every other Saturday, and at the rehearsal between the shows, the singer Cavor decides to leave the band for personal reasons. Zvonimir Ćosić Ćos (Cosque), singer of the band Stop, also known as the Croatian Joe Cocker decided to step in and played that show with us but didn’t join the band. With Cavor gone, we had lost our lead singer and part of the band’s identity. Then Frenky said I should start singing. I was against it up until the first concert when I eternally fell in love with the amazing, adrenaline-fueled feeling of being the frontman on stage in front of an 8 piece band that's killing it. With my big friend Marin Zaninović Zana replacing me on drums and Danko Krznarić on Hammond organ and piano the band played together for a very long time. I can say it was one of the great periods of the band. 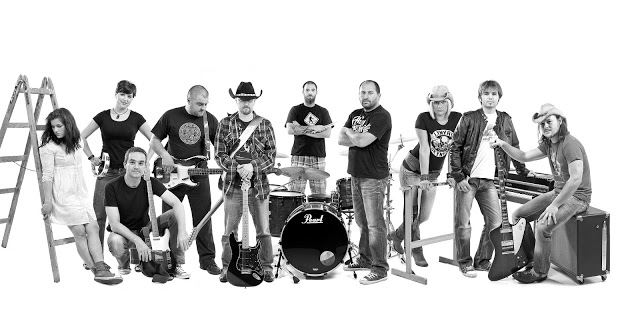 Another change happens with Frenky and a couple of others leaving the band and leaving me as the only one from the initial line-up. I took over the band and continued pushing it in the direction I saw it and heard it in my mind and in my dreams.

For the last 5 years, the band more or less remained the same. We got tired of playing cover songs and wanted to make our own, to tell our own stories. For the last 10-15 years I’ve been writing my own music, recording demos on drums, guitars, and bass, with Ivan Pasković Pale recording the piano. The ideas, melodies, and the overall frame of the songs were ready and waiting for the right moment. I felt the band was ready and willing to work on the material and it finally resulted in our first album.

A new problem arose concerning the name of the band with around 8-10 existing “Second Hand Bands” in the world. Even “The Second Hand band” from China. So the marketing team insisted on changing our name. I could not agree to this because this name has a history that is very important to me. A lot of my friends left their time, love, heart, tunes, under that name and pushed together with me to where we are today. For me, it is not just a name it's all those 20 years of an unforgettable journey. 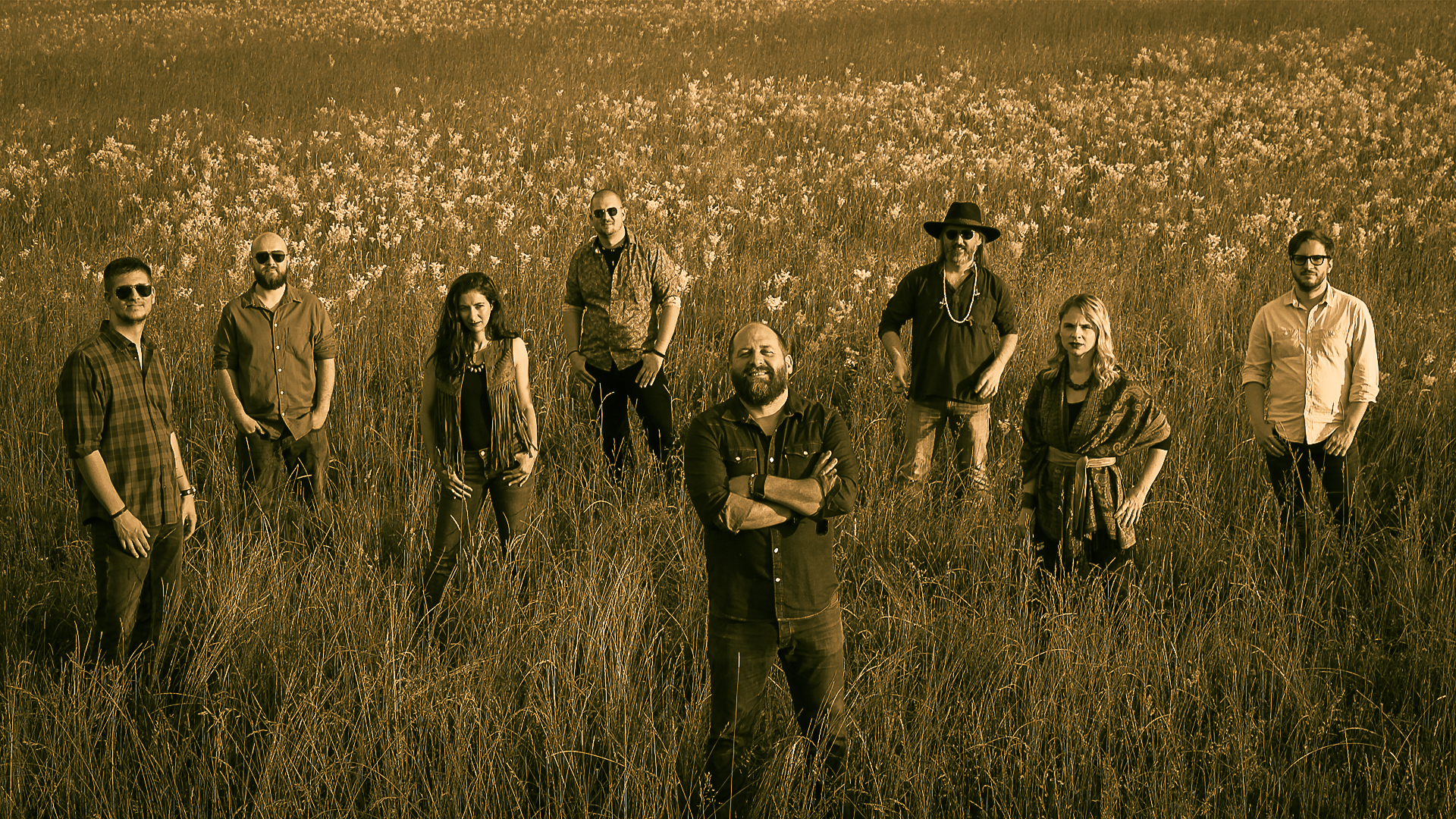 The compromise was to name it “Bosak & The Second Hand Band” and the current line-up is:

An additional and extremely valuable member of the band is our roadie, Ivan Šolc who makes everything on and off stage run smoothly.

And last but not least, myself (Marko Bosak) on vocals and guitars.

Day job vs night job? What it's like leading such a big band?

Being a bandleader in my case is the same as running a company of 11 people, but with one difference - these people do not work for money.
They thrive on enthusiasm, the love for the music they create from the heart, and always giving their best.

It's the same as in all teams of people. To get everyone on the same page, you have to have a different approach with each band member because all people are different. Let these people be musicians, artists. Let them express themselves and give them their freedom, and still play their part in the band and be happy with it.

Yes, that's quite a challenge.

The band always has to have work to do, and a goal to work towards and prepare for. That keeps us together and motivates us to move forward. The band has rehearsals at least once a week. When we were younger, in the beginning, we had them 3 times a week because we needed a lot more practice.

Today, members of BSHB are musicians who need one band rehearsal a week to make everything work. Each rehearsal is recorded, during the week everyone listens to themselves, and things that are wrong are analyzed and fixed at the next rehearsal. The vocalists have separate rehearsals and then 2-3 rehearsals before the concert we do with the full band. I try to respect everyone's time to the maximum. I love and respect these people very much, and I try to make the most of the rehearsals so that we don't waste precious time.

Rehearsals are planned depending on the concerts, recordings, studio sessions, or whatever awaits us next. Everyone knows this in advance, they receive an email with the repertoire and instructions so that they can prepare. When they come to rehearsal, all of that is waiting for them printed out, together with a description of what we need to do for the day on which song. My idea is for the people in the band to focus on playing and not to bother with the organization. To have a good time at each rehearsal and, of course, do what we agreed to do for the day. The most important thing is that we grow from rehearsal to rehearsal and that the story goes on. It doesn't matter how fast.

I've always been a person who did several things at once, so over time, I narrowed the range of activities to my day job as a physio and a musician on my way to fame. Over time it became my routine. You work in the morning, you play in the evening, and you work in the morning again. In between, you take your kid to kindergarten and pick him up and you are a dad, a husband, a friend. I have to admit that it gets harder with age but I am not giving up yet.

How do you balance requirements, needs, expectations, and musical reality?

Like I said, through all these years we've found our own way of functioning. It takes a lot of understanding, sacrifice, and adapting to each other. That's why not everyone can do that. When talking to any new potential new band member, begging them to join and/or doing my best to charm them to come and feel the BSHB story, (then it is much easier) the first sentence I tell them is that if they are in it for the money they are in the wrong place!

If they love the music, love playing it, enjoy the creation process… If they want to be part of a family, a story that is being written and created out of something honest, which may one day become something great or maybe it won't… then they are in the right place. And if after that they tell me that it's ok with them, then they are probably the right people for the band and it makes sense to talk further.

Basically, they are all adults, experienced musicians. They know how things work in the band, where the band is going, and what it wants to achieve one day. They know what and when to expect, so there are no problems with expectations and reality.

Before I wrap this post up, I have a treat for you!

We're fortunate enough to have a recording of our performance on the big stage at the Harley Davidson Festival on the picturesque lakeside village of Faaker See in Austria, in 2014.
It was really an amazing experience and I'm proud to have been part of it.

It marked the high point of the band's line-up at the time so we were all pumped, as you could probably tell from the video 🙂

There's the whole show, and even a behind the scenes look backstage in this YouTube playlist: The Second Hand Band - Harley Davidson Festival Austria, 2014

Jam in the Room (acoustic session)

JOIN THE BSHBrotherhood and Sisterhood

Please log in again. The login page will open in a new tab. After logging in you can close it and return to this page.

This website uses cookies to improve your experience and any information gathered will be used exclusively to communicate with our fans. Read More